The recently released Google Blocks is a simple modelling tool designed around Virtual Reality. The modelling is based around placing simple shapes into the 3d environment, these can then be intersected and modified to create fairly complex low poly models.

The advantage of Google Blocks is its simplicity, the interface uses only six modelling tools which are intuitive to use making it very easy to start playing around with. The models you create can be saved as .obj models to your documents folder, making Blocks a valid modelling tool. You can also publish your models to Googles site where they can be viewed and downloaded. A reference Image can be added into the environment which is a valuable tool if wanting to create more detailed models.

Unfortunately the lack of tools the makes google blocks simple is also one of its drawbacks, creating more complex models requires a creative mind to combine and modify the given shapes into what you want, Google Blocks definitely fits Bushnell’s law: Easy to learn, difficult to master.

Overall Google Blocks is a great tool for anyone to get a taste of 3D modelling and can be used to create great low poly models, the limit being the creativity of the user in how they combine simple shapes to create their models. 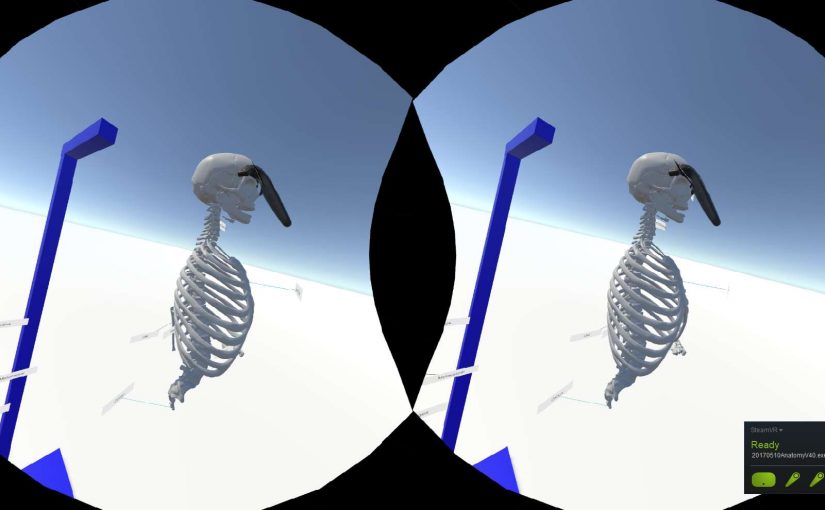 At the SALT conference the attendants got a change to explore VR we had a combination of apps from IMO’s own work and free examples.